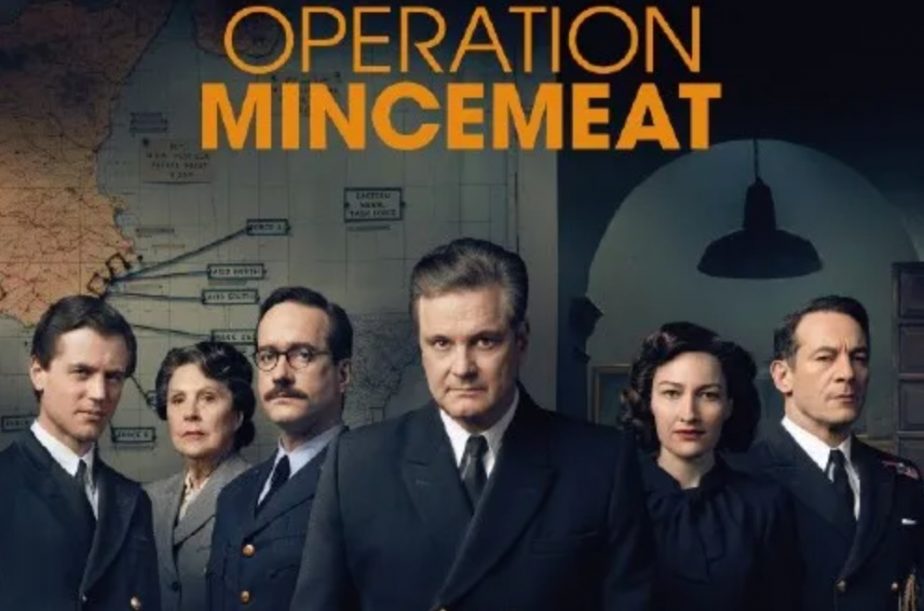 Operation Mincemeat, released in cinemas today, is based on the best-selling book by Ben MacIntyre and brought to the big screen by the Oscar-winning director John Madden (‘Shakespeare in Love’), and the producers behind ‘The Kings Speech. It tells is the extraordinary and true story of the most successful wartime deception ever attempted, and one that changed the course of the Second World War. It stars Colin Firth and Matthew Macfayden

FilmFixer played its part in bringing MI5’s great deception to cinema screens by providing assistance and a number of locations across London.
In Camden look out for Great Queen Street which features as the German HQ where Colonel Von Roenne first discovers the covert British documents which he believes have been washed ashore in Spain. The Ambassadors Theatre and the former St Martin’s College of Art feature as shoot locations and parking was required while filming took place there.

Hampstead’s Grade 1 listed jewel, Fenton House doubled-up as 10 Downing Street. The 17th century merchant’s house was used for exterior garden filming and interior study scenes as Winston Churchill is consulted by members of his committee. Film Fixer assisted with traffic management which was needed on Hampstead Grove for smooth sound recording. Russell Square and Lincoln’s Inn Fields (Borough of Camden) provided a vital central London unit base for the production, along with Finsbury Square (Borough of Islington).